I had stayed at Liz’s house in London the night before as they were away somewhere and I think we were babysitting or something. Either way, it meant I had to get up very early if I was going to get to Blenheim Palace on time.

The race was due to start at 9.30am and along with many other people from my company, I had agreed to do it. Reluctantly. This was my first ever 10k and I was nervous – an understatement if ever there was one.

Six months earlier, for the first time in my life I was stood on the scales at the gym in Bath. The cute little personal trainer Susan, stood next to me with her clip-board and my newly created file. As she looked down at the scales, she pulled the clipboard towards her as she recorded the results.

“What are you not telling me?” I asked.

“Nothing she said, you can see what your weight is”. I was just under 14 stone. Not great, certainly not good, but I knew people that were worse.

“I was categorising your body fat and BMI” she added, as I followed her to the treadmill.

“You have 34% body fat and at the moment, due to these ridiculously silly categories I have to work to, that technically makes you uber obese”. She flushed red as she told me not to worry about it.

That was when it dawned on me that I had some work to do. Sure, the mirror was being less kind nowadays and I wasn’t a gym bunny, but I was in my 30’s and everyone loses touch when they have a family, children and a busy job. That’s what I told myself anyway.

But this time, it was telling me my actual body was made up of mainly fat. No wonder I nearly died on the running machine test she set me for my heart rate recording. I’ve got some serious ground to make up, and this was going to be a very long road, way longer than 10,000 metres.

The 10k at Blenheim went better than I expected. I ran it faster than my cousin, who although heavier, had done running events before. I obviously didn’t run the whole thing, and maybe by way of stopping and starting, about half at the most. But it was my body that crossed the finish line on that rainy day and it was my mind that was made up that this was really the start.

After that first race, I entered another in Bristol. This then gave me confidence to raise my goals and instead focus on a half-marathon instead. Now that was daunting! However, after following a training program I researched online I limped across the line, forced to walk the last 3 miles and relieved it was over, but pleased with myself with how far I had come. Physically, mentally and metaphorically.

Two more half marathons came soon after that, one the following year at Bristol and then two years later the Bath Half which was my quickest at 2 hours 11 minutes. Not great, but bearing in mind I was unable to train for the whole of January due to a calf injury, and the race in early March, I was amazed to achieve that.

The cycling kicked in after a mountain bike trip in the Peak District with my old Hampshire friends. I pretty much collapsed from exhaustion half way through the day and it was about the time I was doing my first 10k. I clearly wasn’t as fit as I thought I was!

After getting my first road bike, I decided to enter the British Heart Foundation 50 mile ride around Wiltshire, a distance I was ambitious to complete. This went well and although I rode it on my own, I really enjoyed it as I felt I was exploring.

When Neil asked me to join him on a London to Paris ride, an event organised by his neighbour, I jumped at the chance. I was doing the half marathon in the March of that year and knew I would be ok for fitness in the May two months later. Again, I underestimated the intensity of it and mainly due to the heat, speeds and inexperience I had with fuelling and hydrating my body for prolonged periods of time. Another learning curve!

This gave me confidence to organise my own London to Paris with my local cycling friends and socially speaking, this was a great decision. From there we trained for months and this created a nice neat weekend ride club that still exists to this day. The event was a success and two more were to follow as I focused on leading work people along that now familiar path to Paris.

The local cycling club was now in full swing. In 2015 the challenges went vertical as we set our sights on the peaks of Ventoux, probably the most famous cycling mountain in Europe or perhaps in the world. Famed for its inclusion in the Tour de France, its dominance within a mainly flat landscape ensured it looked down on you, asserting its status at every opportunity.

We were all now craving more challenges and more adventures. This was followed by a whole host of mountains and is hopefully, a work in progress. I’ve summarised the key activities to-date and I’m pleased to say they get stronger in achievement. I don’t though dismiss those early events as in many ways they were much more fulfilling and became the springboard for all others. I’ve still got a long way to go to where I could get to and I’ll therefore call this a work in progress.

Be sure to check back…. 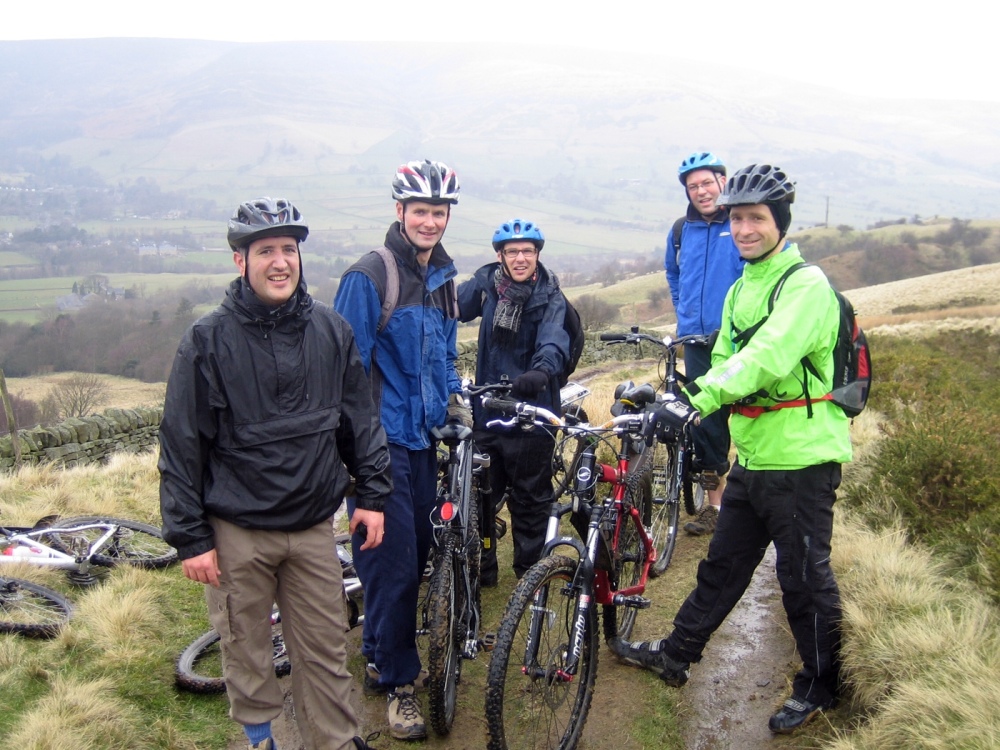 Bristol Half Marathon – before my legs went

A middle aged man enjoying the better part of life on a bicycle with like minded friends. View all posts by Dadonabike